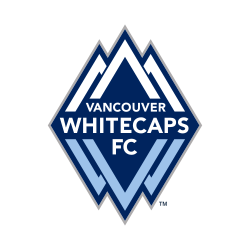 ‹ Back to all events

IMPORTANT: There will be no fans in attendance for this match.

Vancouver Whitecaps FC are set to continue their 10th season in Major League Soccer (MLS) with six matches against their Canadian rivals from August 18 to September 16. The three Canadian clubs will each host three games in their home markets during the first phase of the revised regular season schedule. All ‘Caps regular season matches will be broadcast live on TSN and TSN Radio Vancouver.

In addition to MLS regular season points, the club with the most points from these nine all-Canadian matches will clinch a spot in the 2020 Canadian Championship Final and play the winner of the eight-team Canadian Premier League Island Games in a one-match final. For more information on the CPL Island Games visit canpl.ca/theislandgames.

The winner of Canada’s Battle of the North will lift the Voyageurs Cup and qualify for the next edition of the Concacaf Champions League. Timing and location of the final will be declared at a later date.

“We are thrilled to continue our regular season in a very unique all-Canadian series with added incentive,” said Axel Schuster, CEO and sporting director of Whitecaps FC. “We take a lot of pride in our commitment to grow the game in Canada and see ourselves first as a Canadian team. We are thankful to our local, provincial, and federal health authorities for their continued work to make sure safety is always our top priority.”

The ‘Caps will kick off this next phase of their season with a three-match trip out east, featuring matches at Toronto FC on August 18 and 21, and a match in Montreal on August 25.

BC Place will then host matches between Whitecaps FC and Toronto FC on September 5, and against Montreal on September 13 and 16. There will be no fans at BC Place.

The return to play of MLS matches in home markets will feature comprehensive health and safety protocols, including regular testing of players, coaches and essential staff for COVID-19.

In addition to the five MLS regular season matches already played, each club will play 18 additional regular season games in a phased approach, culminating with Decision Day on Sunday, November 8. In an expansion of the postseason for 2020, 18 clubs will compete in the Audi MLS Cup Playoffs -- up from 14 teams last year. MLS Cup will be played on December 12.

Due to travel restrictions between the U.S. and Canada, MLS announced the initial phase of the league’s revised schedule with each Canadian club playing six matches against other Canadian teams. MLS plans to announce the balance of the regular season schedule by early September as the league continues to work with infectious disease experts, league and club medical personnel, and government officials in all markets.

As with the MLS is Back Tournament, COVID-19 testing protocols will again play an important role in MLS’ competition framework. MLS continues to work closely with the league’s infectious disease advisors as well as advisors for the MLSPA on the plan for testing. All clubs are forming testing partnerships with a local certified lab, and all players, technical staff, and essential club staff will be tested every other day, including the day before each match day. Also, guidelines will be provided to players, coaches and essential staff to avoid the risk of contracting and spreading COVID-19 during their time away from club facilities.

Continuing the league’s commitment to protecting the health of the players and all participants, the schedule for Canadian teams was built to maximize travel efficiency.  Teams will take chartered flights and matches between Montreal and Toronto will see the visiting club arrive in the host market on matchday and depart after the game. Due to the long distance between Vancouver and the other two clubs, Whitecaps FC will open their schedule with a road trip with three matches in nine days in Toronto then Montreal.

In an effort to adhere to health and safety guidelines, the number of reporters and photographers permitted to each match at BC Place will be limited. New media protocol and procedures will be in place, and previously-issued 2020 Whitecaps FC credentials are no longer valid. New credentials for the remainder of the 2020 Whitecaps FC schedule will be issued to a limited number of media. Players and coaches will continue to be made available to the media post-match via video conference.